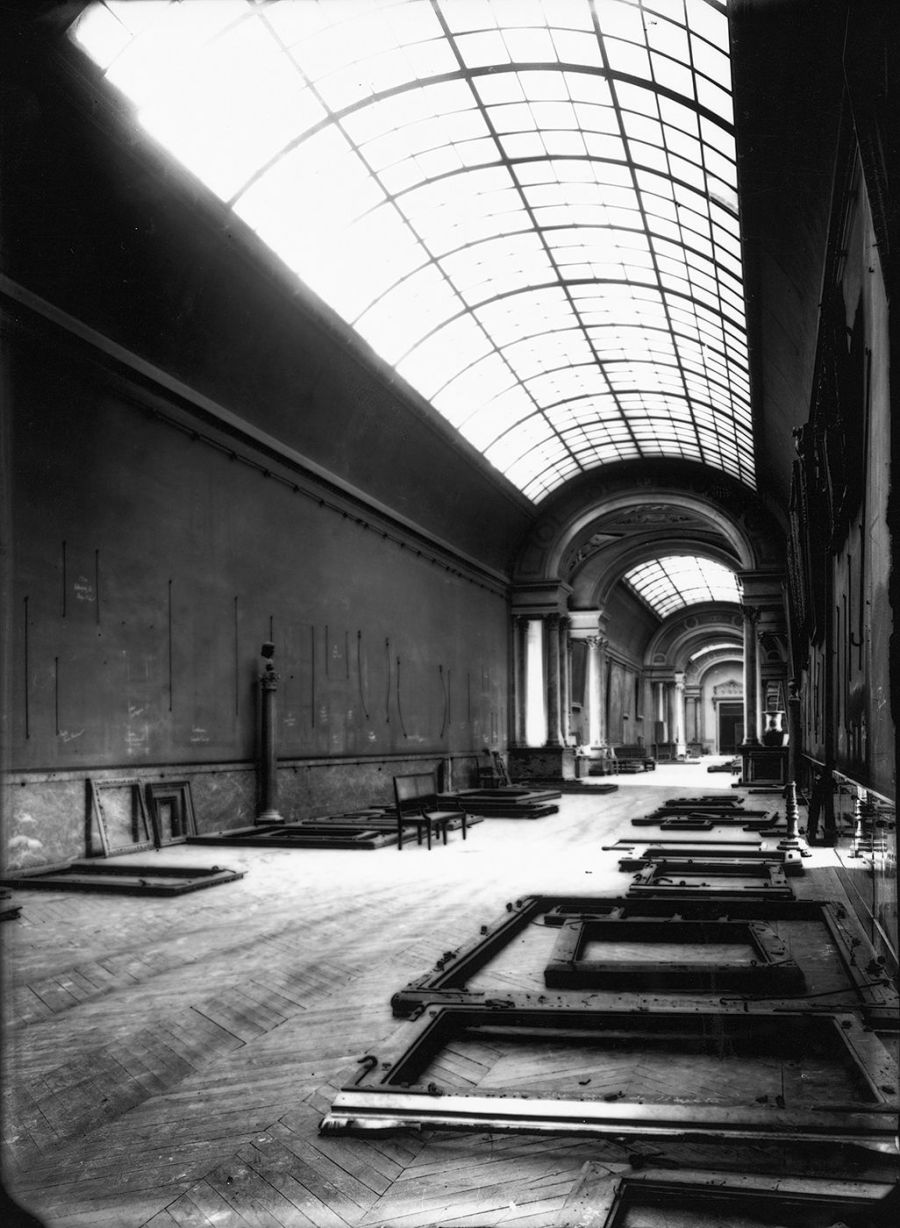 Two of the most frequently asked questions in my Louvre tour are: “What happened to the Louvre during WWII?” and “Why the museum was not pillaged?” The answer is an amazing history that worth to be told and should be transformed into a movie. Ready to discover it?

Everything started in 1939, before the war was declared. Jacques Jaujard, senior civil servant and director of the Musees Nationaux, was extremely preoccupied by the political situation. He knew how difficult it was to evacuate a huge museum as he was involved in the evacuation of the Prado Museum in Madrid during the Spanish Civil War. He knew also that art should be preserved at any costs from any possible damage: leaving the artworks in Paris during the war meant to accept the risks to have them destroyed by bombings or stolen by enemies. He was not ready to take this risk so he organized the removal and safe storage of all the most important Louvre’s paintings and statues.

The effort was huge: between August and December 1939 the Louvre’s curators helped by the museum’s workers and the workers from La Samaritaine, an adjacent store, packed more than 4000 works. Once ready the boxes were marked using a color code to sort out what was inside (eg. red dots were used for the most important ones – Mona Lisa had 3 red dots!) and then moved to the Cour Carrée where the trucks were waiting for them. In about 3 months 37 convoys left the museum in the direction of Chambord, one of the many royal palaces in the Loire region. The Chateau de Chambord was choses because it is huge, isolated, well protected and well connected to many other places where the works could be moved in case of need. Every convoy was neatly organized: the trucks were followed by cars and a water tank-truck in case of fire. Nothing was left to chance.

Nontheless, one painting could not reach Chambord. The Raft of the Medusa by Gericault was too fragile to be rolled up so it had to travel like you can see it today, with its huge frame. On the night of Sept. 1st 1939 its convoy was passing by Versailles when the angle of the canvas hit some electric cables. There was an explosion and electricity went off in all the sleeping town, unleashing panic in the people of Versailles and in the curators following the convoy. Luckily – miracles happen – the canvas was not damaged but it was clear that its journey was over. It was impossible to move it to Chambord or anywhere else. A fast decision was taken and Versailles’ curator was woken up in a hurry. He was the one who save the situation and the canvas: the Raft of the Medusa was hidden in Versailles’ Orangerie until the end of the war.

Other works, like Mona Lisa, were then moved around, in secrets places to avoid the danger to be discovered. Finally, when the war was over, it took one year to have everything back to the Louvre.

After the war Jacques Jaujard received a medal (Medaille de la Resistance) for his bravery and nowadays his name is inscribed above the entrance of the École du Louvre, of which he was the director.

The only missing thing is a good love story… but if you understand a little French you can follow this link and listen to the complete story of the Louvre’s evacuation, enjoy the love story and also discover that the last Louvre evacuation is actually quite recent! If you cannot understand French let me know and I will send you the missing information!